See What Susan had to Say in Buzz Feed

i Jan 12th w No Comments x by MomentumTeam

i Dec 25th w No Comments x by MomentumTeam

i Dec 25th w No Comments x by MomentumTeam

i Nov 26th w No Comments x by MomentumTeam

i Nov 13th w No Comments x by MomentumTeam

i Nov 12th w No Comments x by MomentumTeam

i Sep 26th w No Comments x by MomentumTeam 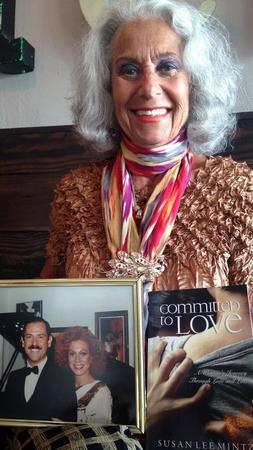 Susan Mintz’s husband, Jeffrey Mintz, died 23 years ago. But she said she kept her vows and never remarried.

“I’m that kind of person. Until death do us part,” Mintz said.

Through her books, she also has kept her husband’s memory and his struggle against AIDS alive. The disease took his life on Aug. 17, 1994, when he was 47. She met Jeffrey Mintz in grade school and said right away knew she loved him.

“He was so incredibly handsome. He was funny, smart, had a wicked sense of humor. He was every father’s child and every mother’s son. He made me laugh. My mom always knew when I was on the phone with him,” Mintz said.

A Boca Raton resident, she has written two books in an effort to promote HIV/AIDS testing, safe sex and ultimately reduce the number of people who become infected with the disease – “And I Held Their Hands with a Hospice Heart: Stories of Faith, Hope, Love and Loss” and “Committed to Love: A Woman’s Journey Through Love and Loss.”

Mintz will be reading from both her books and signing them from noon to 4 p.m. Nov. 1 at Barnes & Noble, 1400 Glades Road, Boca Raton.

“It’s about saving lives. He was bisexual. He was very promiscuous. He had lots of lovers . . . He would not get tested. He wasn’t going to change. As much as he tried, he was who he was.”

His promiscuity and refusal to get tested meant Mintz abstained from sexual intercourse with him. But their marriage endured. She didn’t want to lose her “best friend” and they decided to stay together. “Marriage is unrealistic, but friendships are powerful. He was my best friend. I loved him.”

She said that love grew when he became ill.

“God told me to ‘love him more than ever before because he’s going to need you,'” she said. “He loved life…and lived every day as if it were his last.”

Before he was diagnosed, Mintz said she suspected it was HIV/AIDS and “documented every detail” of his illness. “Everyone was helping my husband, and I could do nothing. So, I wrote.”

Now she wants to help spare others the same fate as her late husband.

“God has given me the strength,” she said.

But there’s still more story to tell, she said.

Susan is confident she’ll one day see her and her husband’s love story portrayed on film as an adaptation of her “Committed to Love” book.

“[The play] Who’s Afraid of Virginia Wolf? That’s my story. This is just a modern love story with AIDS. It’s too good a story not to be made. God’s hand is on this whole project.”

Through it all though, despite her husband’s death, she views their story as a positive one.

i Sep 19th w No Comments x by MomentumTeam 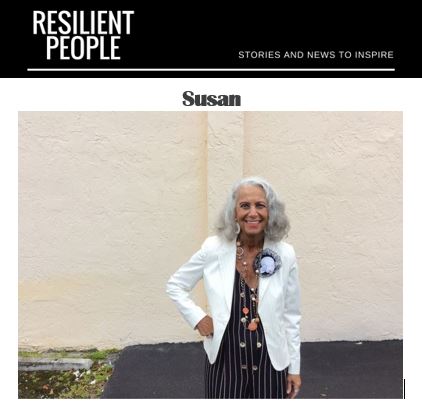 Susan has led a life that seems like a Hollywood movie.

She fell in love with her best friend, got pregnant, married and miscarried their only child.  Later she discovered that her husband was homosexual with multiple partners, and ultimately died of AIDS.

I met Susan when she reached out to me on Twitter.  Her story was so unique that I had to learn where she found her resilience.

Susan and her husband Jeffrey met in Grade 5.  Their close friendship turned into a love that would last a lifetime.

“I always say that I had a friendship from heaven and a marriage from hell,” she tells me over the phone from Florida.

She compared their partnership to Bill and Hillary Clinton, as they were always a team and there for each other.

When Jeffrey came out as being gay, she said that God spoke to her to keep her vow “till death do us part.”  She never considered leaving him.

In 1981 Susan was watching the news when a story came on about a disease that was killing gay men.  In 1991 Jeffrey showed symptoms of having HIV.

He was hospitalized for pneumonia in 1992 and at that point, Susan hit rock bottom.  With the stigma associated with AIDS at the time, Jeffrey was put in isolation.

To help herself cope she kept a journal, filling 15 books.  Twenty-four years ago Jeffrey passed away.  Since his death, Susan hasn’t stopped campaigning for HIV and AIDS testing.

“Jewish people love to tell stories,” she says. “I am a storyteller.”  She published a book titled, “Committed To Love”.

At 72 years of age, she shows no signs of slowing down.

She is a tireless advocate for HIV and AIDS awareness as well as hospice care, has written two books, runs a website, www.susanmintz.com, campaigns for her story to be made into a movie, and speaks to groups regularly on the importance of early detection, knowing your status and treatment options.

“Adversity pushes you to a purpose and makes you determined,” she says as we wrap up. “I have lived by the message of triumph over tragedy.  You can’t escape the tragedy, but it’s what you do with it.”
READ MORE:
https://www.resilientpeople.ca/stories/susan

i Sep 19th w No Comments x by MomentumTeam

i Feb 23rd w No Comments x by MomentumTeam
← Previous Next →