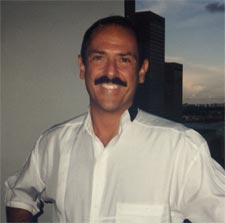 Dr. Mintz was born in New York City on January 17, 1947, spent his childhood in Troy, New York and graduated from Troy High School in 1964. He was awarded his Bachelor of Arts degree in 1968 from American International College in Springfield, Massachusetts. He received his Master of Science degree in 1971 from the State University of New York (SUNY) at Albany. In 1974, Dr. Mintz received his Doctor of Education degree from the University of Florida in Gainesville. He had been elected to Who's Who Among Students in American Universities and Colleges in both 1967 and 1968. Dr. Mintz was a Clinical Member of the American Association for Marriage and Family Therapy, a Senior Faculty Member of the Institute for Reality Therapy (headquartered in Los Angeles, California) and he was licensed in the State of Florida as a Marriage and Family Therapist.

Dr. Mintz enjoyed an illustrious career during which he worked extensively with the emotionally disturbed and learning disabled. He also worked extensively with the United States military as a private consultant for their alcohol, drug and rehabilitation programs throughout the world. For many years, Dr. Mintz served as a Faculty Member of the institute for Reality Therapy and, through this involvement, he had significant impact o the clinical training of hundreds of counselors and therapists throughout the United States and Canada.

Dr. Mintz spent 11 years in Houston where he was the co-founder and President of both the Institute for Mental Development and the Institute for Management Development. He spent many years as a consultant/trainer for many of the major corporations in the oil and gas industries. Dr. Mintz served as a consultant to Lyondell Petrochemcal Corporation, Arco, Mobil and Tenneco. Since 1985, Dr. Mintz resided in Boca Raton where he maintained as active private practice in both marriage and family counseling and human relations training.

Dr. Mintz possessed a love for travel, fun and life. During their 25 years of marriage, he traveled extensively with Mrs. Mintz.

Dr. Mintz was an avid spokesman for the need to provide medical, emotional and financial assistance to the multitude of people being affected by AIDS and he served as a member of the Board of Directors of the Comprehensive AIDS Program of Palm Beach County (CAP).

Jeffrey Mintz will be sadly missed by all who knew him. He died at home without being attached to any of the intravenous needles and tubes which he quickly learned to abhor. He died in peace and to the end, he maintained his self-respect and sense of dignity. More importantly, he lived what he taught. His warmth, caring and genuine love for life will be long remembered by all those whose lives he touched. Dr. Mintz is survived by his wife of 25 years, Susan, who still resides in Boca Raton, Florida.