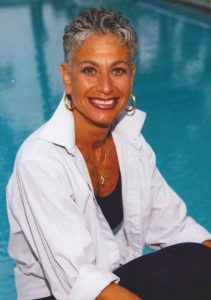 Susan is a featured speaker and regular guest on the Hemp Boca Show with Jean Posang and Chris Ronzo on WNN the Health and Wellness Network of South Florida and spoke at their Red Carpet launch in Delray Beach. Susan was a guest speaker at the 7th Annual Red Carpet NAACP Red Owl Ball on the campus of Florida Atlantic University in Boca.  Susan’s story has impacted young and old alike as she continues to fight for equality among people of all colors, races, religions, and sexual orientation. Susan wants to bring awareness to the stigma that still remains concerning HIV/AIDS. Susan calls herself an AIDS activist, Hospice advocate, and proponent for the legalization of marijuana, CBD, and Cannabadiols for everyone over the age of 21 as well as for those with medical conditions.

Susan’s story has been featured in Resilient People Magazine from Toronto, Canada and in POZ Magazine a national publication both of which are online. Susan is active with the Pride Center and World AIDS Museum in Ft. Lauderdale, Compass in Lake Worth, Florida, and the Palm Beach County Health Department. Susan presented her two books before the City Commissioner’s Office in Wilton Manors, Florida and the World AIDS Museum Exhibit in Wilton Manors. Susan attended the Boca Raton Chamber of Commerce Successful Women in Business Luncheon with Jennifer Thomason of Hospice by the Sea and remains committed to them.

Susan has conducted writer’s workshops entitled The Writer’s Block, hosted and signed books at the Adolph and Rose Levis annual book and author event at the Barnes and Noble in Boca sponsored by the Jewish Community Center. Her personal story and book Committed to Love was featured in a Sun-Sentinel article where she memorializes her husband’s fight against AIDS. On December 1 World AIDS Day, Susan does frequent book signings at AIDS events including the Barnes and Noble Booksellers in Ft. Lauderdale. Both books Committed to Love-And I Held Their Hands With a Hospice Heart were accepted into the Palm Beach County Library System in February 2018. Susan speaks before support groups of long-term HIV/AIDS survivors at the World AIDS Museum in Ft. Lauderdale.

Susan was made a Deaconess in her church February 2018.  Susan is an HIV/AIDS facilitator for support groups within her area including at her church Jesus People Proclaim International Church in Deerfield Beach, Florida and at Century Village Retirement Community in Boca Raton. She serves as the Executive Director of the “I Love My Life Ministry” and the wellness center at Jesus People Proclaim. Susan has served over the years in multiple capacities and with multiple agencies to include Hospice by the Sea in Boca Raton and for 6 years was an 11th hour volunteer both at their care center and for people in their homes. Susan was a volunteer with  Disaster Services of The American Red Cross, The American Association for Suicide Prevention and the Boca Raton Chamber of Commerce to name a few. Her advocacy and support of HIV/AIDS patients and families has been instrumental in helping many hurting people get through their personal stories of love and loss.

Susan’s legacy includes having written several weekly motivational columns for the Boca Raton Newspaper and had been a guest speaker at the 2008 National Black HIV/AIDS Awareness Dinner (NBHAAD) held in West Palm Beach. Susan’s abstinence-only program was presented before the Women of Tomorrow Organization at Booker T. Washington Senior High School in Miami and throughout Florida. Susan was a volunteer with the Comprehensive AIDS Program of Palm Beach County, Real AIDS Prevention Program (RAPP), Area 9 Minority AIDS Network, and the Palm Beach County Substance Abuse Coalition (PBCSAC. Susan’s lecture series entitled “YOU DON’T GET AIDS FROM LOVING SOMEBODY” has been presented throughout South Florida as she speaks openly about abstinence and testing in order to stop the spread of this deadly disease. Susan gives her testimony before youth and single ministries, in high schools, churches, synagogues, organizations, and other venues in regard to HIV/AIDS testing, education, and awareness. Susan is still an HIV/AIDS advocate for testing and believes that mandatory legislation for testing of all STD’s should be put in place.

Susan is available for on/off air interviews, speaking engagements and personal appearances. For a full bio or more information, please visit the website at www.SusanMintz.com.

To read more about Susan, go to Susan’s Bio.